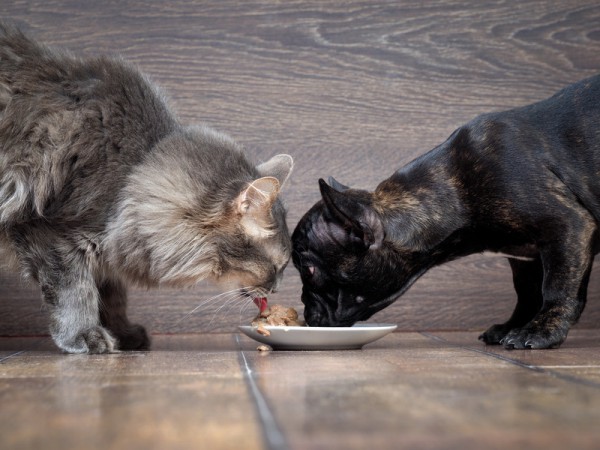 There are many reasons for changing the diet. Maybe you want to surprise your four-legged friend with new flavors. More and more animal owners choose to make a switch from prepared to homemade food, were they know the kind and origin of the ingredients. There are also health aspects that force a change in the diet. Regardless of motives we would like to give you a few tips for a successful feed conversion, if a change is necessary.

Provided you only switch between different dry food products or change up one wet food with another, it will generally not cause any problems. The same guideline is valid for homemade food. It is alright if you replace only one ingredient (e. g. beef) with another (e. g. kangaroo meat) of the same food group. Feedingstuff that consists of similar components can usually be exchanged with each other without restrictions – as long as dogs and cats are agreeing with the taste change.

(Stress-)sensitive animals can already show changes of faeces consistency under normal circumstances (e. g. on vacation) when the food is changed.

In case of sensitivity as well a changing the fundament of the food, e. g. the change from dry to wet food or to a homemade raw diet, you should make the changes gradually. Because the gastrointestinal tract of your four-legged friend must get used to the new food first. Otherwise you might risk the occurrence of changes in the faeces consistency. That is why the old food should be replaced for the new one over the course of 5–10 days. When converting form dry to wet food you have to keep in mind that dry food has a higher energy density, which is why 100 g of dry food must be replaced by 300 g of wet food.

Specific example: A dog that weights 10 kg has received 140 g of dry food a day. Now the food is switched over to a raw diet with a daily intake of 400 g of food. In this case you would replace 20 g of dry food with 60 g of raw food daily until the old food is completely replaced by the raw food in 7 days. Important: The dry food can not only be substituted with raw meat but must be replaced by the complete raw diet that consists of meat, vegetables, fruits, oils and a dietary supplement. If your four- legged friend is a bit grumpy, you can start by giving the tasty meat and some vegetables. After an adjustment period of 7–10 days you can slowly mix in the less tasty oils and additives. 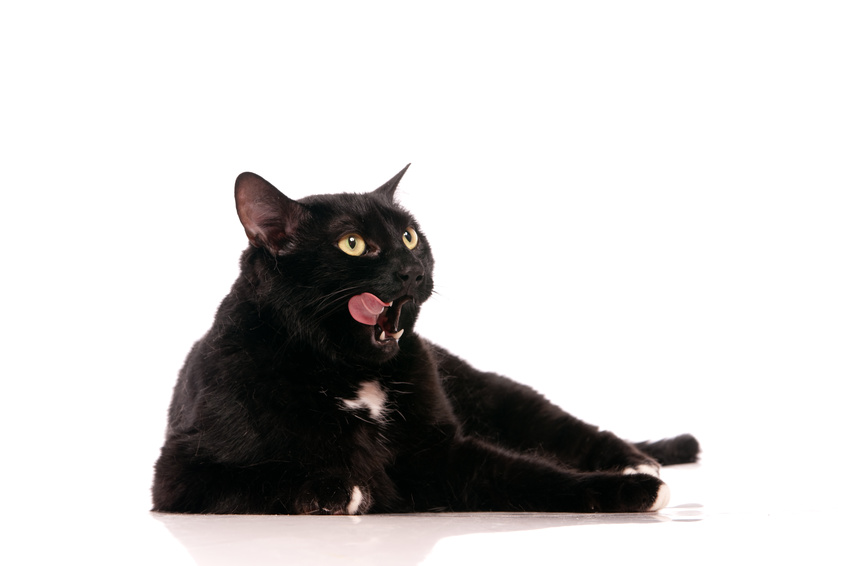 Cats are often sensitive. Therefore, a change of food has to be done with care and can last for several weeks. The best way to start the process is by giving your cat the new food in very small portions as a treat. When your cat accepts the new food, you can start by replacing teaspoons of the old with the new food.

Especially the transition to raw food can bring unexpected problems. Not all cats are easily convinced to eat their “prey” raw.

In this case it often helps to vary the size of food pieces. Try to feed the meat chopped, pureed or in chunks, to find out which one your cat prefers. Or scald the raw meat with boiling water. Cooked on the outside and raw on the inside is initially better accepted.

Because the taste of fruits, vegetables, oils and various dietary supplements are not very popular among cats, you should initially only offer your cat just the raw meat without any additional additives. When this is accepted without hesitation you can add a new ingredient to the food every week. Start by adding the oils and begin with tasteless and odorless ones, such as refined sunflower or safflower oil. This should be followed by salmon oil so that all necessary fatty acids are covered. Some cats prefer to take capsules to avoid the strong smell of the oil in the food.

After the oils you can start by adding the minerals and vitamins in to the food one week at a time. This can be the vitamin-mineral mix, eggshell flour or blood flour.

This is followed by vegetables as a source of fiber for a regulated digestion. With the following tips you can convince your house-pet:

If any of the compounds are denied, then go back to the level were the food was still accepted and try a smaller amount of each ingredient on the next trial.

Granted, changing the diet requires a bit of patience and tact, but it is achievable and in many cases the only option.